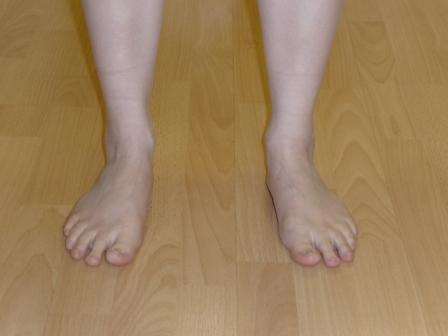 If initial conservative therapy of posterior tibial tendon insufficiency fails, surgical treatment is considered. Operative treatment of stage 1 disease involves release of the tendon sheath, tenosynovectomy, debridement of the tendon with excision of flap tears, and repair of longitudinal tears. A short-leg walking cast is worn for 3 weeks postoperatively. Teasdall and Johnson reported complete relief of pain in 74% of 14 patients undergoing this treatment regimen for stage 1 disease. Surgical debridement of tenosynovitis in early stages is believed to possibly prevent progression of disease to later stages of dysfunction.
« Acquired Flat Foot Causing Toe Pain What Should You Do About Achilles Tendo… »
Profile